After the success obtained with the 2009 Naples edition and following the many events organized by AIAP - Italian Association of Visual Communication Design - since 2003, the second edition of the INTERNATIONAL GRAPHIC WEEK will take place in Bologna. The capital of Emilia Romagna region will host DESIGN FOR BOLOGNA, a unique event for Italy and a quite exceptional one for the rest of Europe, from October 5th to 9th, 2010.

"Eating with eyes is the best way, metaphorically speaking, to explain the theme of this edition - as the AIAP President, Daniela Piscitelli, explains - because it suggests how taste becomes the last, not the first, of the senses involved. Therefore, often enough, to create food we start from a visual perception and then we link a flavour to it".

A very rich programme, dedicated to students and professionals, including workshops, lectures and round tables, open studios, will focus on topics such as: visual communication for food industry, design for publishing trade, packaging and environment.
Special guests, among the most famous and innovating international graphic designers and studios, will lead the workshops: Borja Martinez for LoSiento (Spain-Design For Packaging), Gordon Young (England-Design For Environment), Hans Wolbers for Lava (The Netherlands -Design for Editing), I profit (Italia-Design for Enterprise).

Gordon Young (UK) - Design for Environment
Gordon Young is a visual artist who focuses his work on creating art for the public domain. His work ranges from sculptures to typographic pavements for circumscribed locations like government headquarters and village squares. He is one of the UK's leading artists in the field of public art. He has created many different projects as a series of 20m sculptural/climbing walls in Blackpool, a forest of typographic trees in Crawley Library, a Wall of Wishes in a Bristol school, and a cursing stone in Carlisle.

Borja Martinez for LoSiento (Spain)- Design for Packaging
After his Industrial Design studies at the Escola de Disseny Elisava (Barcelona), Borja Martínez decided to move to London in 1999 to study Graphic Design at the London College of Printing (today, London College of Communication).? In 2005, he establishes LoSiento studio, and starts developing different kind of graphic design and art direction projects. In 2010, LoSiento received the internationally renowned Grand Laus award from FAD (Fomento de las Artes Decorativas). Nowadays, LoSiento gathers a team of 5 professionals and continues working on projects regarding corporate identity, packaging, publishing graphics, and on self-managed and self-produced projects.

Jeroen Disch for Lava (The Netherlands) - Deisgn for Publishing
After his studies, Hans Wolbers (The Netherlands, 1965) founded Lava Graphic Design in 1990, relying on national and international clients. Lava does not have a specific visual style, but rather a specific approach to design projects, connected to the consistent relation between content and shape, Content - Driven Design. The studio is focused on creative strategy, editorial design and dynamic identities. In 2000 Hans Wolbers was nominated Best Magazine Art Director of the year in The Netherlands.

I Profit (Italy) - Design for Enterprise/Business/Industry
AIAP's format for business orientation and graphic design _by Beppe Chia _Speakers Beppe Chia, Gaetano Grizzanti _Guests Elio Carmi, Carmi e Ubertis. Topics: the fields of graphic designs, markets, artefacts and products, professions; how to recognize one's skills; how to organize a studio; AIAP's price list; how to compose estimates, contracts and invoices; how to manage a firm and a brand. Special guests will focus on some of the crucial aspects of what being a graphic designer means as a profession.

Information
Workshops will begin on October 6th and end on October 8th, 2010.
All workshops - with the exception of I Profit - will be held in English: translation to Italian will be provided.
Each workshop can accept up to 25 participants. A registration fee is due.

The exhibition was conceived in collaboration with Barilla's Historical Archive (Parma, Italy) and aims to bring over agian those 10 years during which an entrepreneur - Pietro Barilla - and a graphic designer - Erberto Carboni - showed a strong complicity and intent sharing in working together in a indissoluble union that brought the success of Barilla's company. A Design Oriented approach that anticipated the contemporary theories on design and that gave to the "Made in Italy", together with other modern brands, the reputation that helped the Italian industry to be so famous around the world.
The exhibition will go through this successful story displaying the most significant artefacts crated by Erberto Carboni. All the original visual materials that exhibited will come from the Barilla's Historical Archive.

Works, ideas, thoughts, objects, actions, places, foods... something useful for the Bologna to be, narrated and promoted through manifestos' concise language. AIAP's graphic designers, from Bologna and its province, propose new visions for their city, confront themselfs with cultural and political themes and everyday needs, suggest possible new sceneries. A demonstration of love and willingness, on cultural an political matters, addressed their own town. Manifestos will be hung inside the Sala Borsa's indoor square as a tribute to the city, 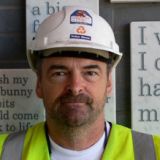 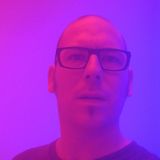 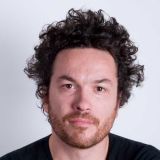 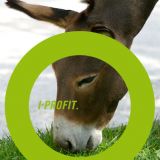