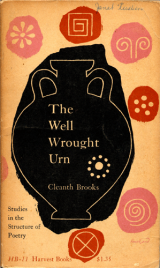 Studies in the Structure of Poetry

This book consists of detailed commentaries on ten famous English poems from the Elizabethan period to the the present. The specific works Mr. Brooks has chosen for examination are: